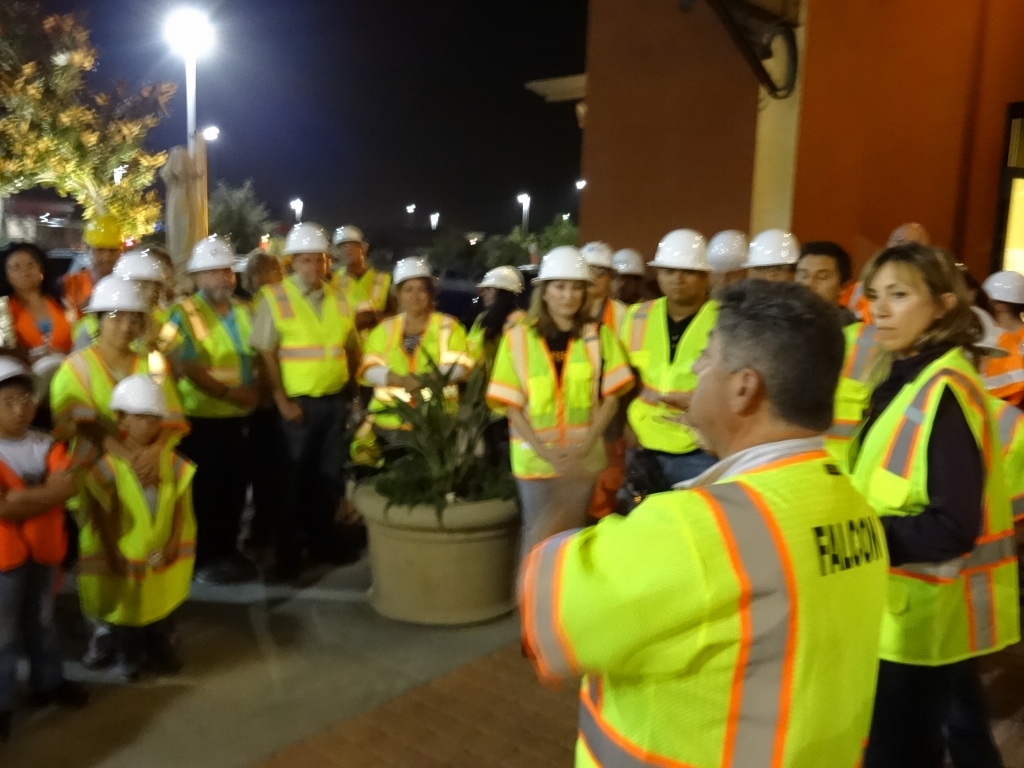 Built in the 1950’s, the original Nason St. Overcrossing Bridge had gained fame throughout not only the city, but on the internet as well as being haunted.  According to the legend, a school bus filled with small children was hit by a Diesel truck in the 1960’s; a tragic accident that resulted in the death of all the children on the bus.  Now, when a car facing south puts their car into neutral, the ghosts of the children are said to push the car up the hill to safety.  If the driver had placed baby powder on the back of the car before putting their car into neutral, they would allegedly find small hand prints all along the back of their car.
In the year of 2013, the City of Moreno Valley began the SR-60/Nason St. Overcrossing Project which aims to widen the Nason Street bridge and the below freeway to accommodate increasing populations.  FALCON has been serving as the City of Moreno Valley’s Construction Management firm for the project since early 2013 and hired Riverside Construction as the Contractor.  This 20 million dollar project called for the demolition of the famous Nason St. Bridge and the City of Moreno Valley and FALCON decided to invite the residents to witness this historic event.
FALCON took the lead in organizing the tour and on the night of May 31st, individuals from the surrounding neighborhoods gathered at the FALCON Nason Field Office to watch the city’s famous bridge be demolished.  Within days of opening the line for reservations, the tour reached its maximum capacity of about 80 guests including the Mayor of Moreno Valley, City employees, the press, the public, and their children.  Upon arrival, FALCON provided each guest with refreshments and a set of safety equipment provided by FALCON including: a vest, a hard hat, and safety glasses.  The group was given a short lecture by the City of Moreno Valley Project Manager, Margery Lazarus, and FALCON Resident Engineer, Wael Faqih, on safety in the field and the procedures that had been taken to ensure the safety of everyone on site. Once the guests were properly briefed, they were escorted (or shuttled) to the site where they stood in a pre-designated area behind k-rail on the SR-60 EB on ramp.
Before the demolition began, the contractor placed 2 feet of soil on the freeway below to prevent damage from falling parts of the bridge. After the soil was placed, excavators with rock breaker attachments began breaking the concrete.  Inspectors walked through the crowd explaining the procedures that were taking place.  Spectators enthused over the concrete breaking and rebar cutting and their excitement climaxed as pieces of the bridge began to fall. Some individuals from the public even noted that if the legend were true, the bridge’s demolition would free the ghosts that have haunted Nason Street for over fifty years.  Throughout the demolition, parents carried their children on their shoulders and on their backs so they could watch and the children pointed and squealed in delight that they couldn’t wait to be an engineer. The City of Moreno Valley, Riverside, and FALCON were honored to be a part of such a successful and thrilling event; one that builds a bigger future for both Moreno Valley’s streets and its children.